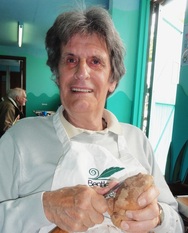 In July 2011 two very dear friends of ours got married.  Their wedding present from all the guests was a stunning Arts and Crafts games table, made by a master craftsman – another friend.  From this came a request from them to carve a chess set to go with the table, quite a commission!

Now in the Autumn of 2014, it is finished, at last.  I gave a lot of thought to the design, obviously medieval, I researched this, for what seemed to be ages, before starting – looking at the beautiful Sir Alfred Gilbert sculptures, medieval art in general, and finally came up with my own version.

It was carved entirely in lime,  the “black” set was stained. There has been a lot of interest in Dallington about the chess set, it was shown at the recent Flower Show, so I am very happy to explain the local references for the figures.

1. The White Rooks have been carved using the Bell Tower, St. Giles Church, Dallington and the Brightling Hermit’s tower as inspiration.

2. The White Knights have been modelled on two of my oldest and dearest friends.  The knight with the mandolin has the face of Mike (now in Canada) who has travelled all over the world busking.

3. The shield of the one of the White Knights bears the Sussex Martlets.

4. My daughter was pregnant when I was carving the White Queen –our second grandson, Sammy, arrived to everyone’s great joy, on 31st January 2013 – so the White Queen is also expecting a Happy Event. 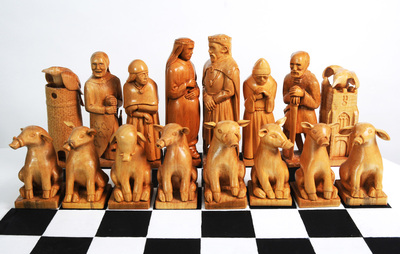 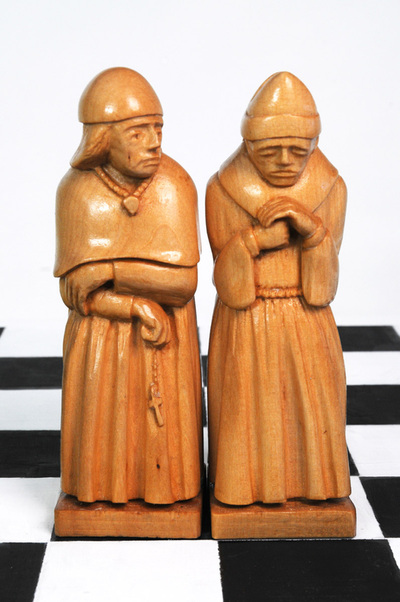 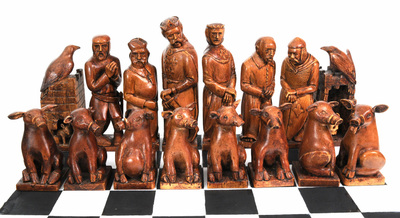 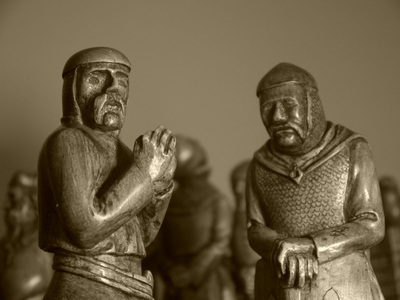 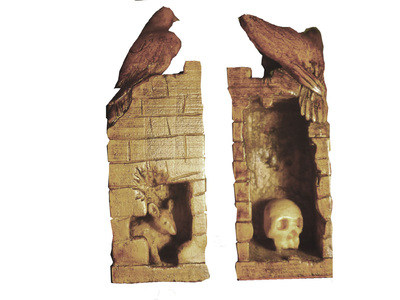